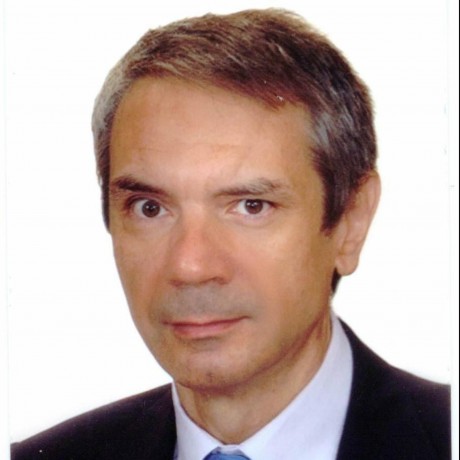 Vim can quickly jump through different documents at a lightning speed.

Do you remember when you had to move the cursor using the arrow keys and pressing them continuosly until the final point?

If you use Vim, the above actions will be only bad memories.

You only have to install the EasyMotion plugin and make a miniml configuration.

Installation and configuration of EasyMotion

The EasyMotion plugin installation is really a kid’s joke.

If you use Vim Plug as your plugin manager, actually it’s my favourite one, you only have to insert in your .vimrc the following text strings:

The strings must be written between the following delimitators:

At this point you only have to digit the command :PlugInstall. That’s all.

If you use other plugin managers the above operations could be a little different.

After the installation you must configure the plugin following the instruction in the developer page.

I report my current setup:

It’s not a problem if you don’t know the specific meaning of the code: you can simply copy and paste the code in your .vimrc configuration file.

Use of EasyMotion in Vim

It is also very easy to use the plugin.

To aim at the point where you want to jump, you must look at the text and identify one or more characters at the desired point.

Then you must press, in Normal Mode, one of the following commands:

Following the instructions you will have a series of letters on top of the tex: those are the target points that you can reach by pressing the corresponding letter.

You can jump everywhere both in the same document and in other documents open in your monitor.

You only have to press the letter pointed where you need to go. That’s all!

Some images could be very useful.

In the first image you can see the result or a single character search with the following command: \f + <one letter> (“\” is the default <Leader>).

In this example I used ad “o” search. 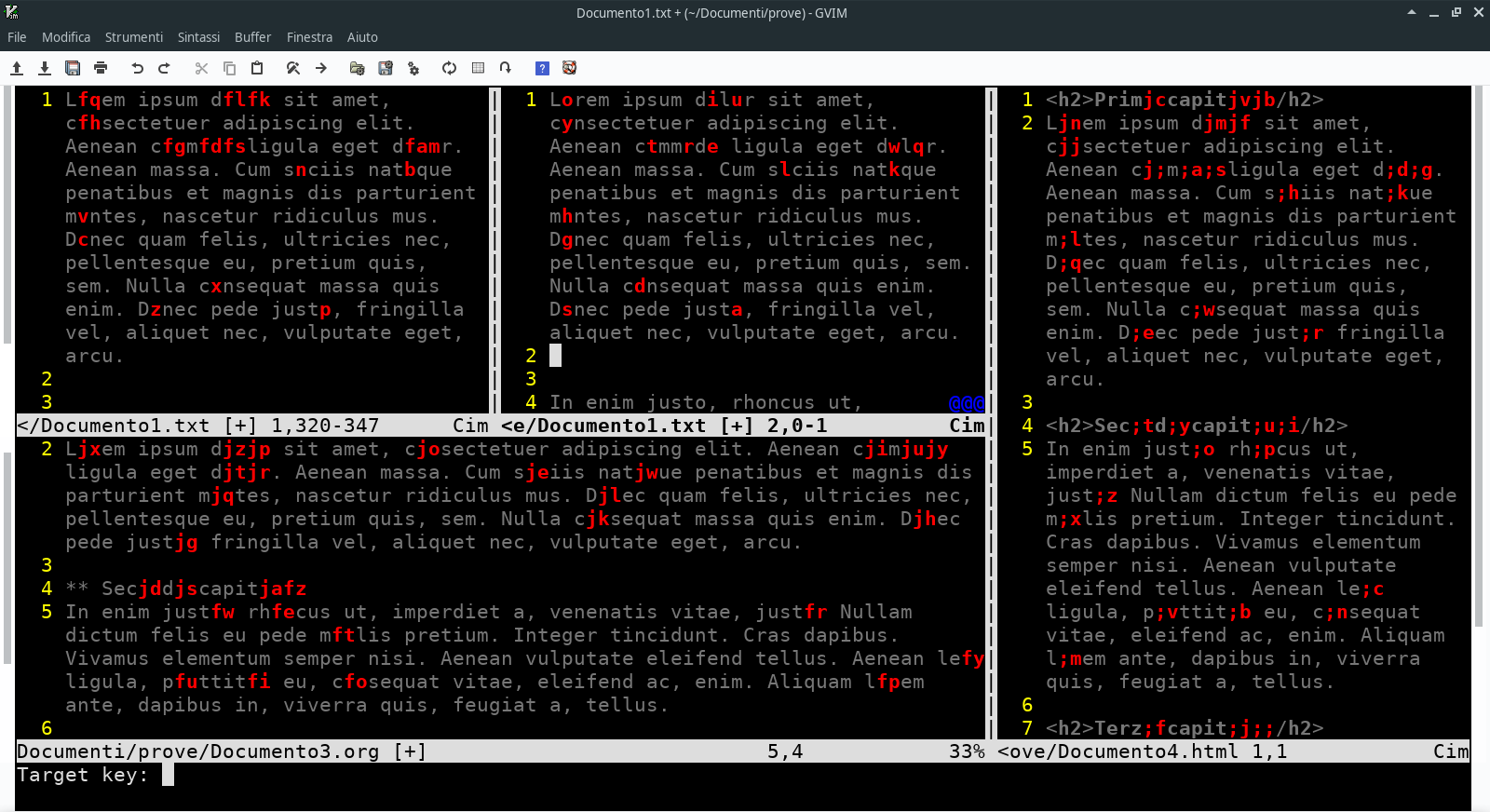 In the second example I used a double character search with the command \s + <two letters> pointed the letters qu: the target letters are slightly less. 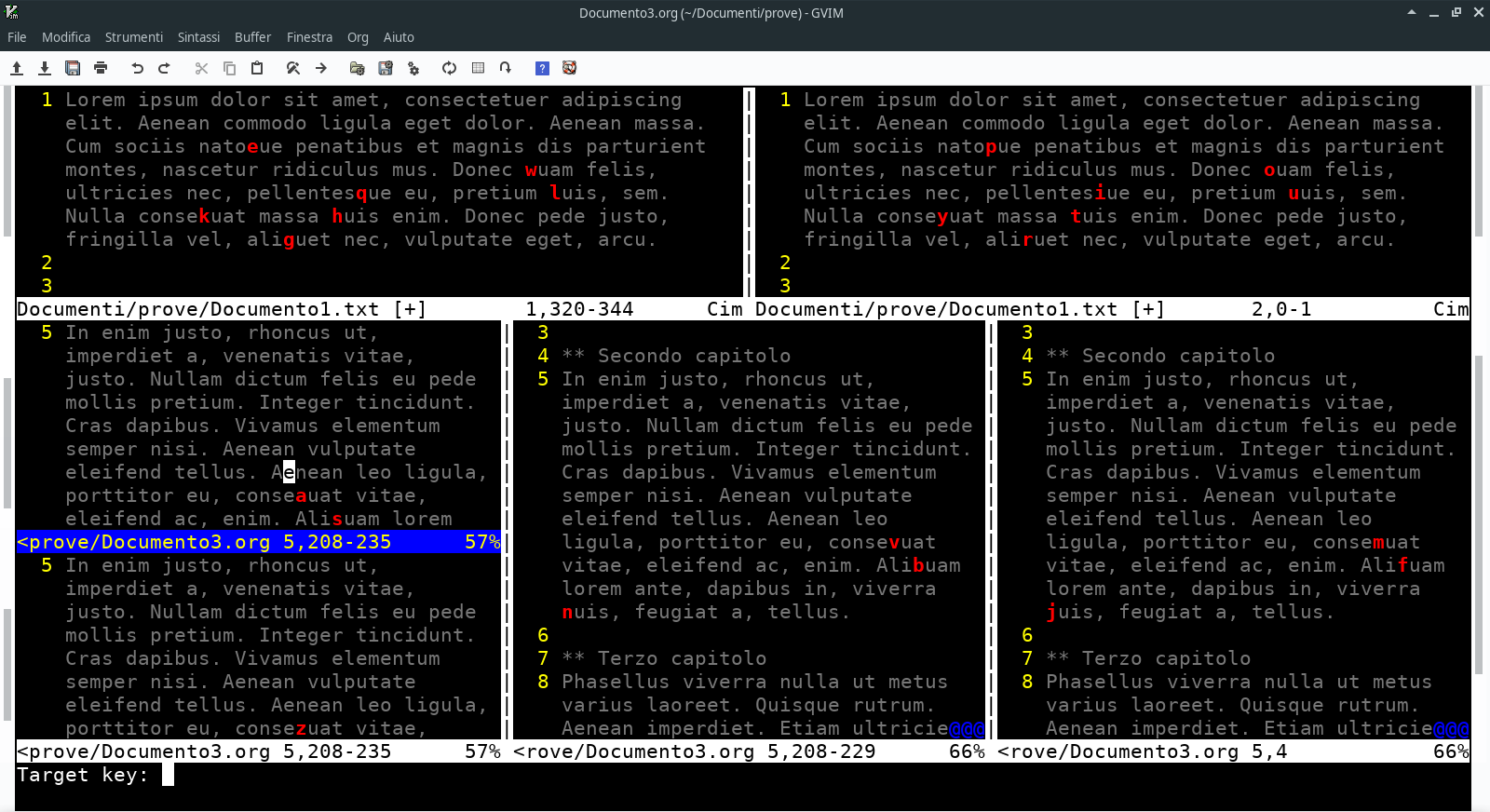 You can also use the ordinary Vim search, or the combination of / + <word>. 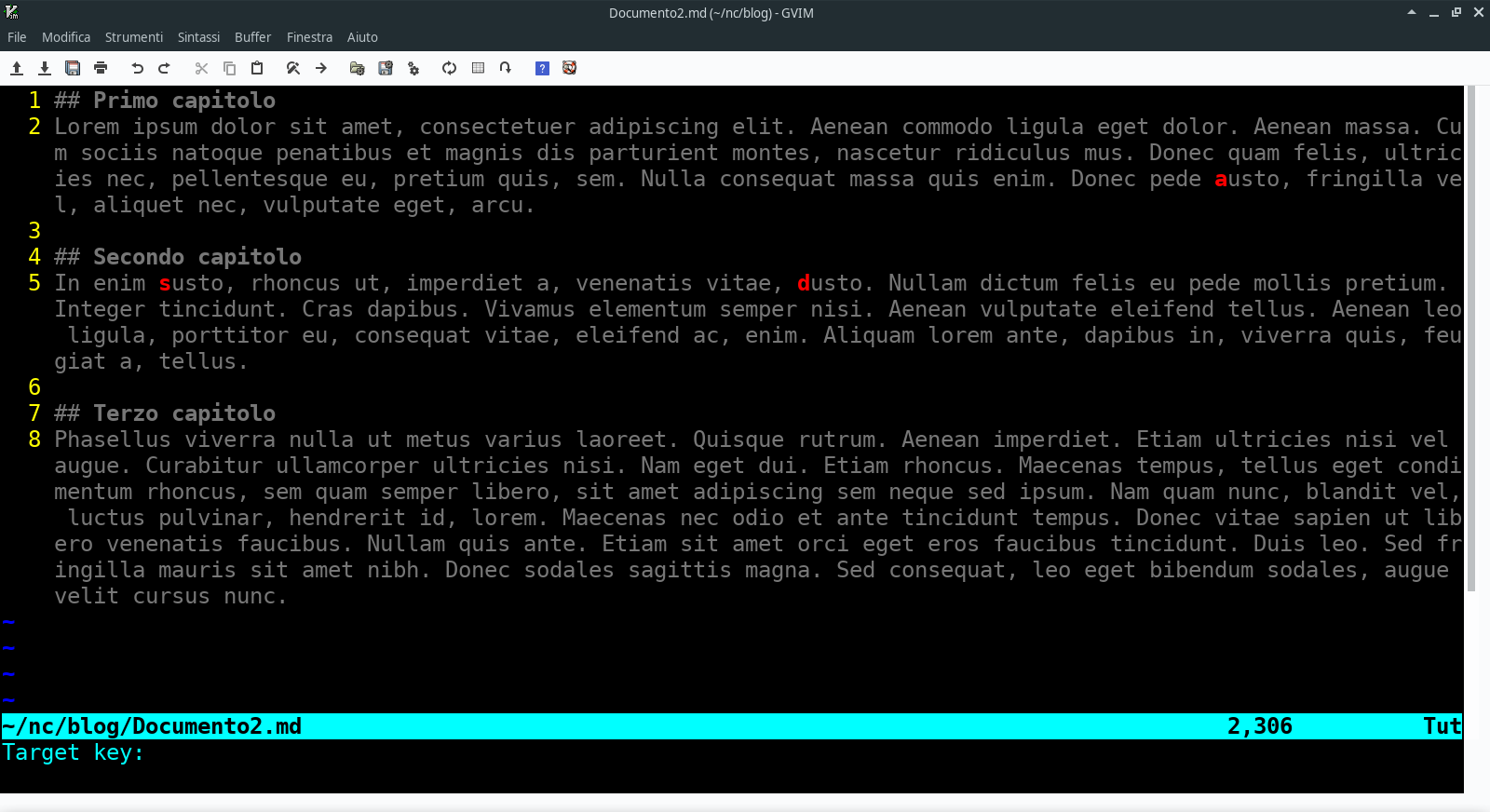 In the final image you can see the result of the ordinary Vim search under the effects of EasyMotion.

You can see the cursor position that’s exactly under the previous d letter. 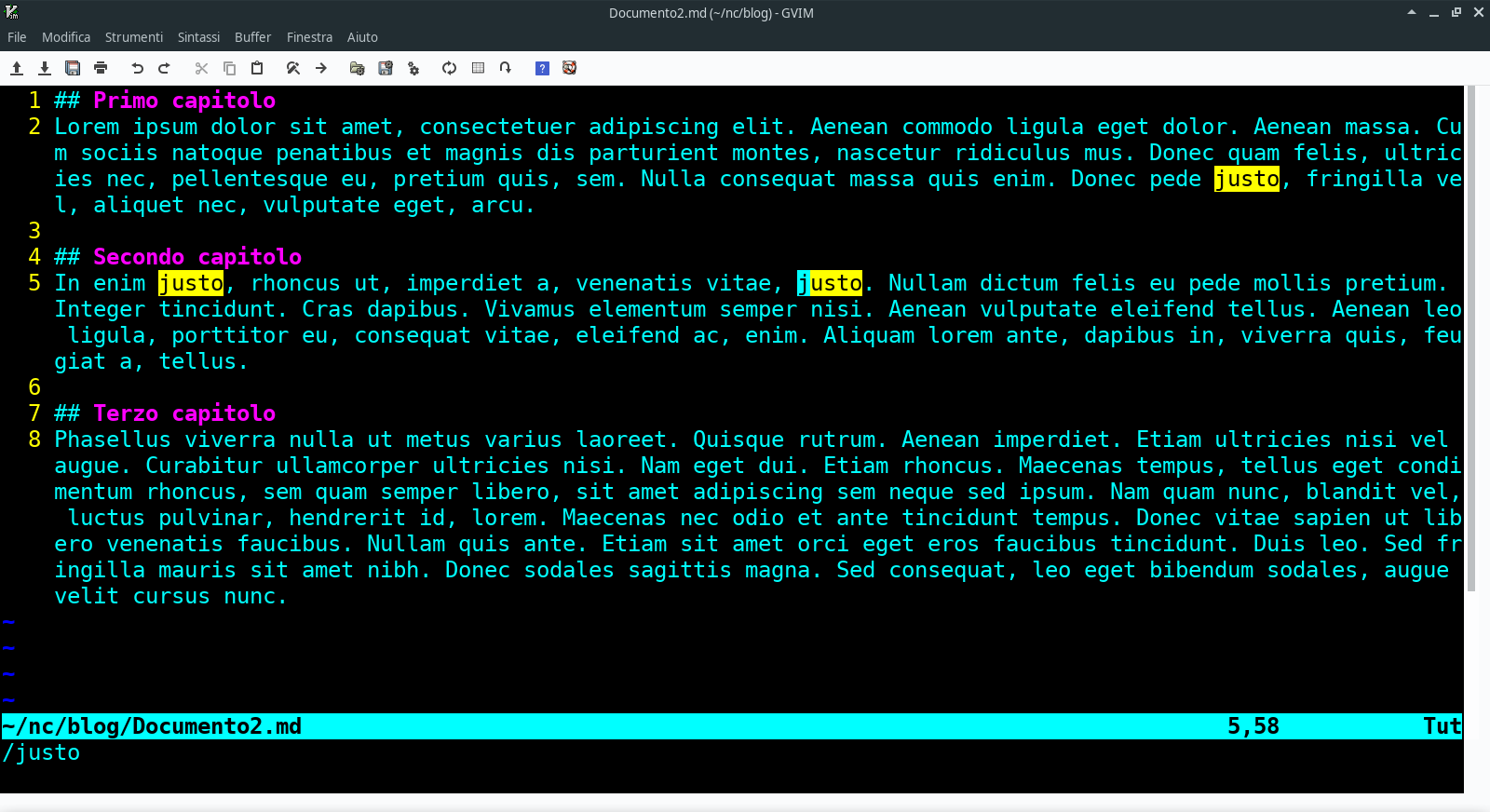 In Vim you can use the EasyMotion plugin to jump at any point in any document visible in the mosaic of your Vim desktop windows.

Thank you for your attention